Looking forward to work with new civilian govt in Pakistan: US 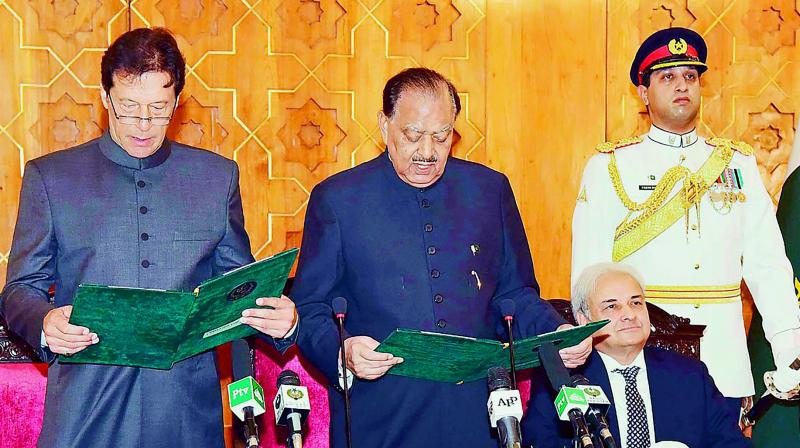 New York: The United States on Saturday said it was looking forward to work with Pakistan's new civilian government to promote peace and prosperity in the country and in the region as it welcomed the swearing-in of Imran Khan as the new Prime Minister.

Khan was sworn in as Pakistan's new prime minister, nearly 22 years after the former cricket hero entered politics. Khan, 65, the chairman of the Pakistan Tehreek-e-Insaf (PTI), was administered the oath of office by President Mamnoon Hussain at a simple ceremony held at the Aiwan-e-Sadr (the President House) in Islamabad.

"We recognise and welcome the newly elected Pakistan Prime Minister Imran Khan on taking the oath of office," State Department Spokesperson Heather Nauert said in a statement. It said that for over 70 years, the relationship between the US and Pakistan has been a vital one. The relations between Pakistan and the US nosedived this January after President Donald Trump accused Islamabad of giving nothing to Washington but "lies and deceit" and providing "safe haven" to terrorists.

The US Congress also passed a bill to slash Pakistan's defence aid to USD 150 million, significantly below the historic level of more than USD one billion per year. "The US looks forward to working with Pakistan's new civilian government to promote peace and prosperity in Pakistan and the region," it added.

"And the Secretary-General and the UN system looks forward to working with Khan in his new capacity as Prime Minister of Pakistan," Dujarric said.