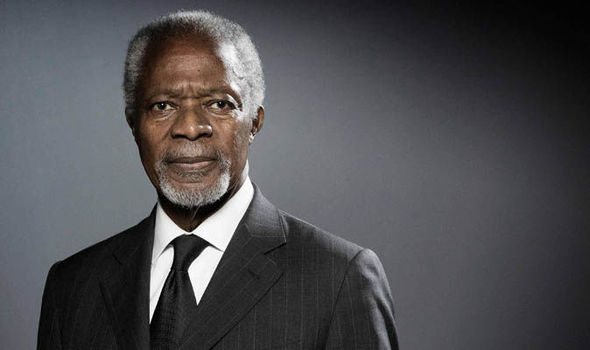 The Ghana-born diplomat passed away peacefully after a short illness in hospital in Bern, Switzerland, in the early hours of yesterday.

His wife Nane and their children Ama, Kojo and Nine were by his side during his last days, the foundation that bears his name said.

Mr Annan was the seventh person to head the UN and its first black leader.

He served for two terms between 1997 and 2006. In 2001 he was jointly awarded the Nobel Peace Prize with the organisation he led.

He later served as the UN special envoy for Syria, leading efforts to find a peaceful solution to the conflict.

The Kofi Annan Foundation said: “Kofi Annan was a global statesman and a deeply committed internationalist who fought throughout his life for a fairer and more peaceful world.

“During his distinguished career and leadership of the United Nations he was an ardent champion of peace, sustainable development, human rights and the rule of law.

“Whenever there was suffering or need, he reached out and touched many people with his deep compassion and empathy.

“He selflessly placed others first, radiating genuine kindness, warmth and brilliance in all he did 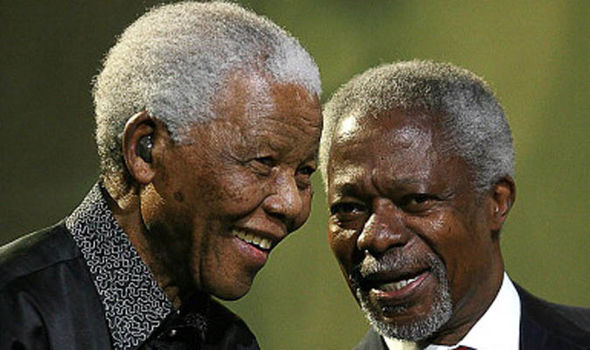 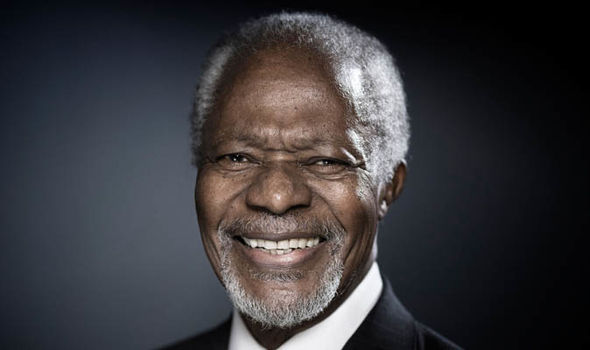 A great leader and reformer of the UN, he made a huge contribution to making the world he has left a better place than the one he was born into

He will remain in our hearts forever.” The current UN secretary general Antonio Guterres, who served as UN High Commissioner for Refugees under Mr Annan, said his former boss was “a guiding force for good”.

He added: “I join the world in mourning his loss. In these turbulent and trying times, his legacy as a global champion for peace will remain a true inspiration for us all.”

Prime Minister Theresa May said: “Sad to hear of the death of Kofi Annan. “A great leader and reformer of the UN, he made a huge contribution to making the world he has left a better place than the one he was born into. My thoughts are with his family.”

Ghana’s president Nana Akufo-Addo said Mr Annan was a “consummate international diplomat” who had brought immense pride to his country.