Imran Khan net worth: How much is new Pakistan Prime Minister worth? What is PM’s salary?

Imran Khan was voted in during last month’s election and his party, the Pakistan Tehreek-e-Insaf (PTI) party, won the most seats.

They hold 151 of the 342 seats in the national assembly and a vote was held at the country’s National Assembly on Friday to decide who would be asked to form a government.

He promises to fight corruption and drastically reduce poverty among Pakistan’s 208 million mostly-Muslim people and has vowed to create a “new Pakistan”.

Khan wore a traditional black sherwani coat, in the style of his hero and Pakistan founder Muhammad Ali Jinnah and he recited the oath of office and vowed to respect the constitution.

He said during the swearing-in ceremony: “I will bear true faith and allegiance to Pakistan.”

How much is Imran Khan net worth?

Imran Khan is reportedly worth $50 million (£38 million), according to Celebrity Networth.

The cricketer turned politician has reinvented himself in recent years, and rose to power on a populist platform.

He has spread an anti-corruption message which has resonated in Pakistan’s youth. 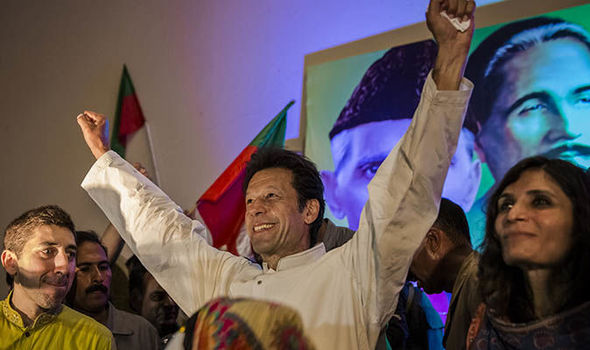 In June this year, the Election Commission of Pakistan (ECP) released the asset details of Khan.

The PTI chief declared before the electoral body he holds net assets worth Rs 38 million (£427,000). 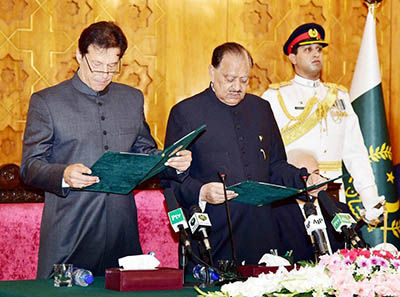 His other income sources are agriculture, he owns 168 acres of agriculture land, and MNA’s salary, PCB pension and bank profit.

He also has a Euro account which is empty.

The papers stated he owns 14 properties within Pakistan, most of which are stated as “inherited.” 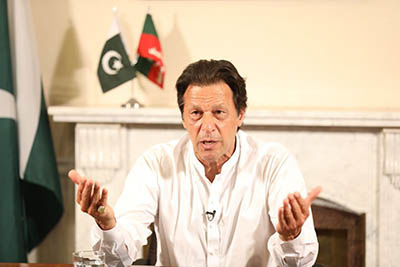 What is the PM’s salary?

The Prime Minister’s monthly income is less than parliamentarians, ministers and judges.

According to Dunya News, the monthly salary of a prime minister is Rs140,000 a month inclusive of all allowances, but exclusive of taxes.

The salary of federal minister, state ministers and senator is more than the prime minister of Pakistan, according to Dunya News.