If these projections materialise, we’re very quickly going to lose control of how to manage the deteriorating conditions on the Colorado River

And if water in the region begins the run out, neighbouring Mexico is likely to be one of the first places to see its supply cut, further stoking tensions already raised by US President Donald Trump’s plans to build a wall along the border.

An extended forecast by the US Bureau of Reclamation makes worrying reading for residents of the world-famous gambling hotspot in the Nevada desert – and heaps pressure on the seven states which rely on the Colorado River, which feeds Lake Mead, to come up with a solution.

The USBR said it was not concerned about water levels in the short term – but said water shortages could force the imposition of restrictions as early as late 2019.

John Entsminger, general manager of the Southern Nevada Water Authority, which serves 2.1 million people, including Las Vegas, said: “If these projections materialise, we’re very quickly going to lose control of how to manage the deteriorating conditions on the Colorado River.”

Complex international treaties, court rulings and interstate agreements divide the water up – and in the event that there’s not enough to go around, Nevada, along with Arizona and Mexico, would be the first to see their shares reduced.

The USBR has guaranteed that all the users will get their usual share until September 2019. 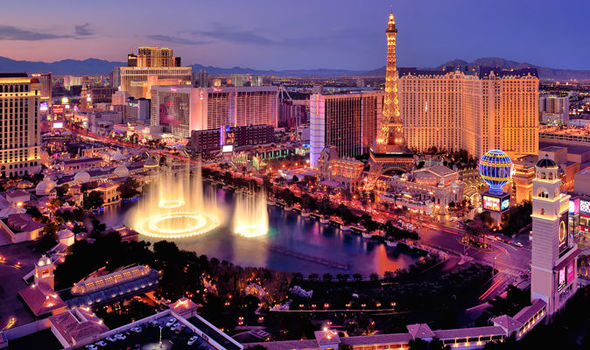 However, projections indicate that by October 2019, the surface of Lake Mead could fall below 1,075 feet above sea level, triggering the announcement of cutbacks which would be imposed sometime in the next 12 months.

Bureau spokesman Marlon Duke said: «If everything holds true and the hydrology matches the models, then that’s probably where we’re going to be.”

The USBR rates the chances of a shortage in late 2019 at 52 percent, the same odds the bureau announced in May, Mr Duke explained.

Lake Mead has never had a shortage before and a crisis could still be averted if the forthcoming winter delivers sufficient snow in the mountains to feed the Colorado river. 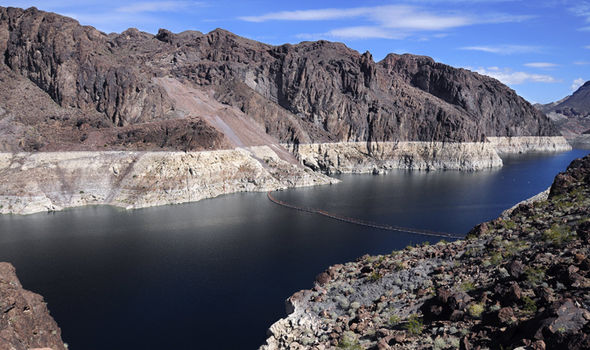 Mr Duke added: «It really depends on what kind of snowpack and precipitation we get across the basin throughout the coming winter.”

The seven Colorado River have been locked in difficult negotiations in a bid to agree contingency plans to conserve water in an effort to avoid mandatory cutbacks if a water shortage materialises.

John Fleck, director of the University of New Mexico’s Water Resources Program, said: «Right now the thing that’s holding it up is Arizona and the inability to come together. The whole system is at risk.»

The over-reliance of western states on the Colorado river has been a concern for many years. 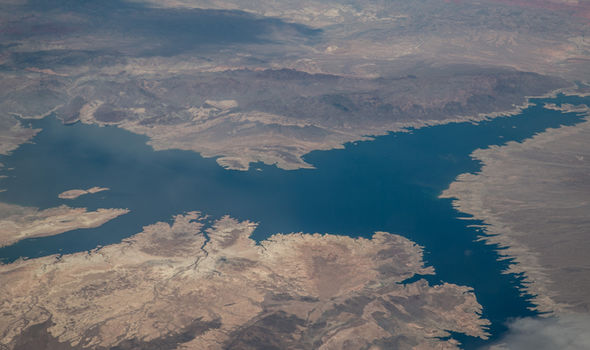 In a research paper published in March, the Colorado River Research Group argued the river might be shifting to a more arid climate.

It argued: «Perhaps the best available term is aridification, which describes a period of transition to an increasingly water scarce environment.»

And as long ago as 2010, geoscientist Brad Udall argued that climate changes will likely decrease the river’s flow by between five and 20 percent, with reduced rainfall meaning less water, and longer spells of drought.

He said: “You’re going to see earlier runoff and lower flows later in the year.”