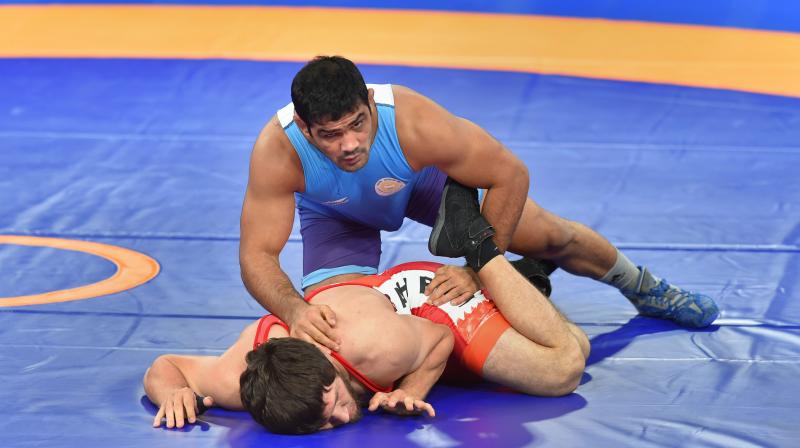 Jakarta: In a major upset, two-time Olympic medallist Sushil Kumar was on Sundau stunned by Bahrain's Adam Batirov in the 74 kg category, as the Indian wrestling team's campaign at the 18th Asian Games began on a sour note here.

Sushil lost his qualification round 3-5 to Batirov.

The London Olympics silver medallist created two opportunities to score in the second period but could not convert while Batirov did not miss his chances. He led 3-2 with a takedown and then pushed the Indian out for a win.

Sushil was not yet out of the competition and if Batirov makes the final, the Indian will be in with a chance to win bronze through the repechage.

Meanwhile, Sandeep Tomar won his 1/8 round 12-8 against Turkmenistan's Rstem Nazarov to move into the quarter-finals of the men's 57kg freestyle event.